We are looking for some expert help on ICE tail shaft inspections. ICE is undergoing 5 yearly Survey No. 12 and unfortunately we are not dry docking and need to complete what is possible and request for extension until end of contract in May 2020.

We have only 650 hours on our propulsion system after the last dry-docking in Singapore. And in the dock we had installed a new tail shaft, new propeller and the lignum vitae was machined to suite the new shaft.

Now the ABS surveyor wants to check on the shaft drop with the divers (underwater) and we are not very sure on how to do this as we have not done before- can you please throw some light and enlighten us with your vast knowledge and experience.

When I sailed, started in 1952, with this kind of propeller shafts, lined in lignum vitae is a long time ago.
Most of my sea time I sailed with the Simplex system, the propeller shaft lined in a white metal bearing and running in an oil bath.

Therefore it look very strange to me that in the ABAN ICE case, the clearance must be taken for the ABS surveyor after 650 running hours with the new lignum vitae while the ship is afloat ?
But what I understand it is necessary for 5 year survey

The only possibility is that the diver takes the clearance with special measurement tool on the “POKER GAUGE READING”, which is specially installed for that purpose, see sketch

I hope that this reading also was taken in Singapore, so the ABS surveyor can compare both readings

So far my way of thinking in this matter

Will you please let me know final result, because I am still interested as an Engineer, in spite of my age (85) 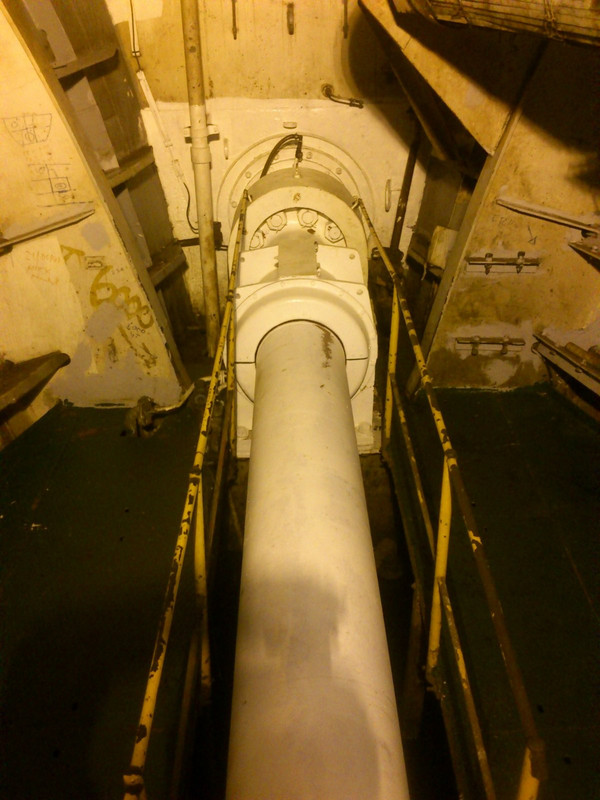 This vessel was built in France in 1958 and put into service originally named as “Jean Schneider”. She was built as
cargo bulk carrier and was the largest tonnage ship then ordered in France and also the first long bulk carrier in the
French feet. She started with transporting Ore & Coal from USA to France, she had broken records in transporting
18342 tons of coal in 1965 and also used to transport oil platforms way back in 1972. She was sold in 1973 and
destined to become a research and oil drilling vessel named “Danwood Ice” under its new owners in Denmark. Until
this period the vessel logs recorded travelling 1093767 nautical miles or 50.6 times the length of the terrestrial
meridian, or 5.27 times the distance from the earth to the moon. She transported 4012162 tonnes of bulk cargo,
made 225 trips with a average speed of 13.76 knots while consuming 84 kgs of fuel per mile travelled.

For its conversion into a drillship she was equipped with drilling derrick, additional accommodation added over a
cargo hold and forward accommodation shifted more to the forward, new cranes installed, permanent ballast added
for stability in addition to including various other modification and additional equipment’s. (see a photo of Danwood
Ice in a museum in Denmark). The principal dimension (length, width and depth) of this vessel remains the same
during conversion. Since then she has again cris-crossed the globe, drilling in various location under various owners.

She became “Deepsea Ice” in 30th October 1991 and “Falcon Ice” in 2nd June 2000. She was named “Frontier Ice” in
19th May 2002 and under gone a major upgrade in 2002 from a status of total loss to good drilling vessel. She was
taken over by Aban in September 2004 from Frontier drilling, Norway and is very active in service.

The vessel is fitted with and still using a Doxford engine – Providence, 65 LBD 6, two-stroke, single acting, piston
opposed 6 cylinder super charged, built in 1958. Some interesting facts about Doxford Engines: Doxford Engines
were very big - the size of several three-storey terraced houses! The largest have cylinders bigger than four dustbins
stacked end to end, and each of these cylinders is as powerful as two or three Spitfire engines. Doxford engines are
an important British innovation; the first one was tested in 1914, and the last one was built in 1980. Doxford engines
were developed in Sunderland, but they were also made on Tyneside, on Clydeside and in several countries abroad.
It is little known that one third of all merchant ships built in the UK were built on the river Wear in Sunderland. Most
of these ships were powered by the famous 3-cylinder Doxford Economy Engine which saved Britain from starvation
during the Second World War. They had to run at full speed to keep up with the convoys in the North Atlantic using
only six tons of fuel per day. If this engine had not existed, it is likely that Britain would have been forced into
submission by Germany due to starvation. This engine is a antique now and still serving us well.


“Jean Schneider” was built by Arno Dunkerque SA, France in 1959 and some of the dry-dock she has undergone is
traced back as follows: 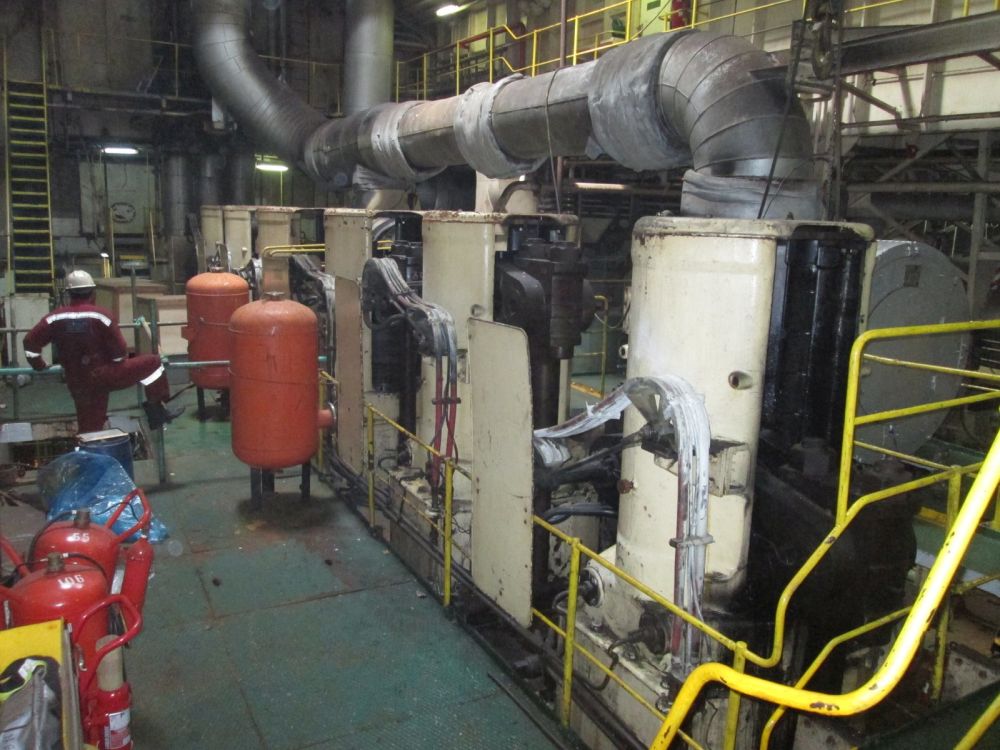 <quote>
Sent: Monday, February 10, 2014 11:44 AM
To: 'Alfons Verheijden'
Subject: RE: Aban Ice
Dear Chief,
Hope you are doing great!
ABAN ICE is doing good.
Just wanted to ask if you have any idea where we can get (or manufacture) a
spare bearing for the Doxford Engine. As of now we have a spare which is out
of dimensions and wanted to have a new bearing as spare.
Thanks & Regards,
Arun

Dear Sir,
I just received some more information
Perhaps you can contact this firm for more information
Kind Regards
Alfons
<quote>
With regard to the spherical bearing enquiry Ive had the following response from one of our members:
As you are probably aware these bearings were manufactured in house at Doxfords prior to using shell bearings (which were supplied by Glacier).
One possibility might be Michell Bearings, other than that it may be a case of using the internet.
Michell bearings are based here in Newcastle: http://michellbearings.com/


Thanks Chief for the invaluable help. 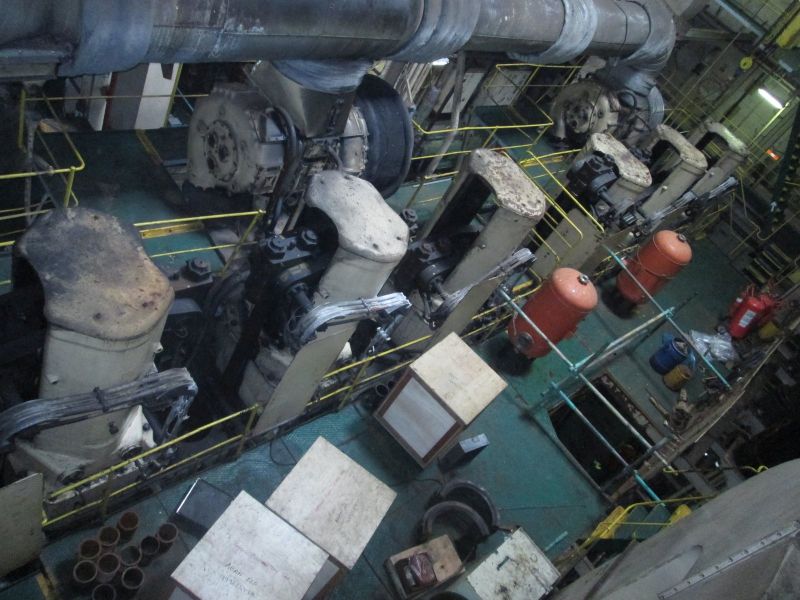 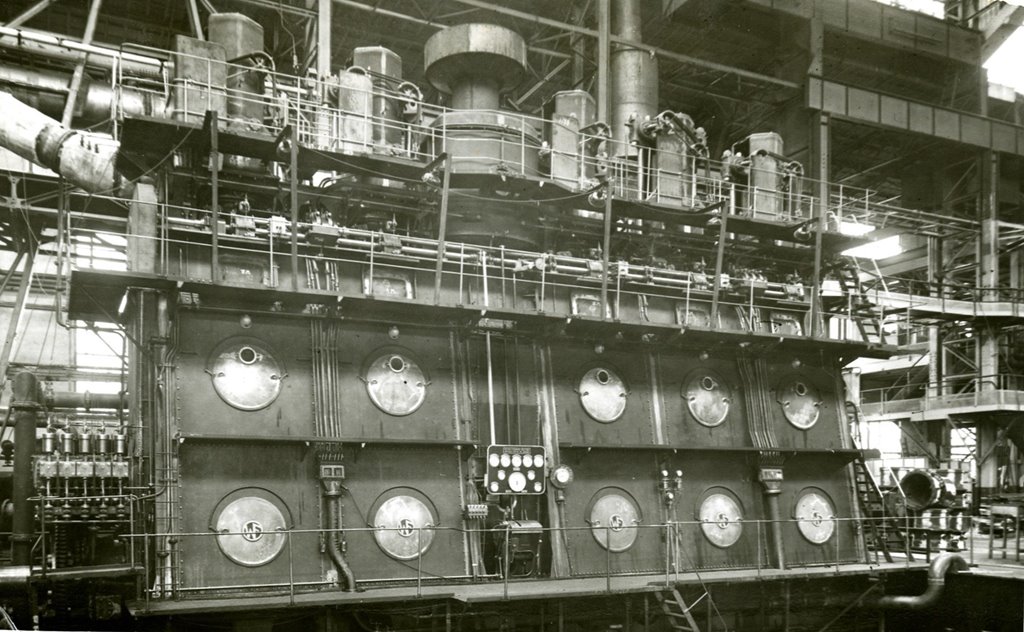