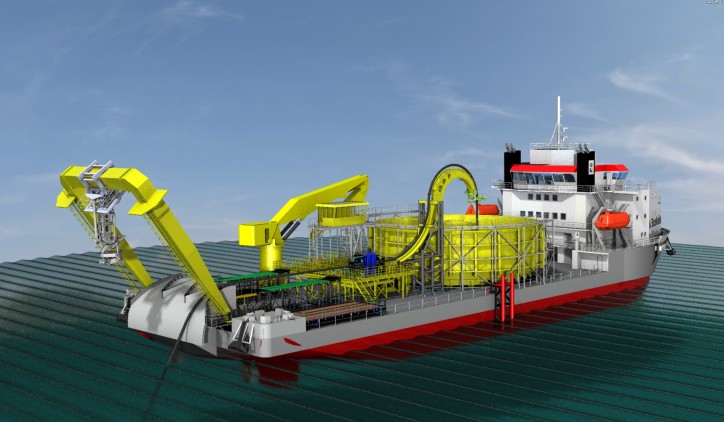 Boskalis and VolkerWessels have been working together successfully for years in the offshore wind energy market. VBMS, a 50/50 Boskalis - VolkerWessels joint venture, is the European market leader in the field of offshore cable installation with a strong market position and well-filled order book. As a consequence of this transaction, Boskalis will acquire the remaining 50% share in VBMS.

Stemat has a global offering of specialized vessels including a cable laying vessel and multi-purpose vessels. VSI is specialised in the construction of offshore foundations and maritime constructions. Last year Boskalis and VSI in a joint venture acquired two large offshore wind park projects, Wikinger and Veja Mate. As a consequence of this transaction, Boskalis will now execute these two projects on a 100% basis.

The current annual revenue, excluding the two offshore wind park projects, amounts to approximately €200 million. This agreement will bring the Boskalis order book to more than €600 million, of which more than EUR 200 million is attributable to the two offshore wind park projects that are currently being executed. It is the intention that this transaction will be completed in the near future.

Peter Berdowski, the CEO of Boskalis commented, "For many years we have been working closely and constructively with VolkerWessels and this acquisition is a logical and desirable step for our strategy aimed at strengthening our offshore service proposition."

At about 2301 hrs on 3rd Aug 2016, Maritime and Port Authority of Singapore (MPA) was notified of a collision involving Dream II VLCC (Very Large Crude Carrier) and MSC Alexandra (Container Ship) in the Singapore Strait, about 3 km South-East of Sebarok Island. Both are Panama-flagged vessels. 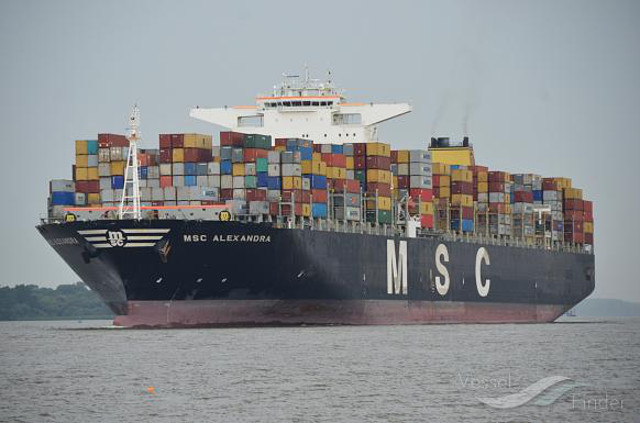 Container ship MSC Alexandra - Image: Buggi Porschien
Prior to the incident, MPA's Port Operations Control Centre provided traffic information and alerted the shipmasters of Dream II and MSC Alexandra of the risk of collision.
Dream II sustained damage to her bow whilst MSC Alexandra sustained damages on her port quarter hull. Both vessels are in stable condition and safely anchored in Singapore. 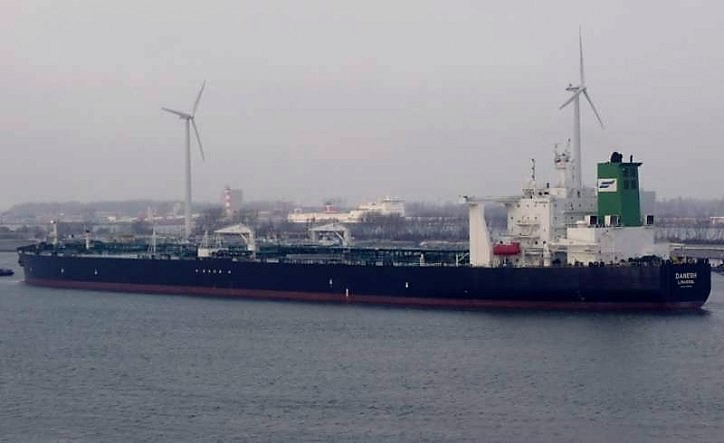 MSC Alexandra reported that 10 empty containers fell overboard during the incident, 4 onto the deck of Dream II and the rest into the water.
Upon notification, MPA immediately issued navigation broadcast to warn vessels of the presence of floating containers in the vicinity of the incident site. MPA has deployed survey and salvage teams to recover the containers.
There were no injuries or oil pollution reported.

A 17,000-tonne drilling rig has run aground after being blown ashore on the Western Isles.
The Transocean Winner, which has diesel on board, was under tow west of Lewis when it was hit by severe storms.
It became detached from the tug boat overnight, before running aground at the beach of Dalmore in the Carloway area. 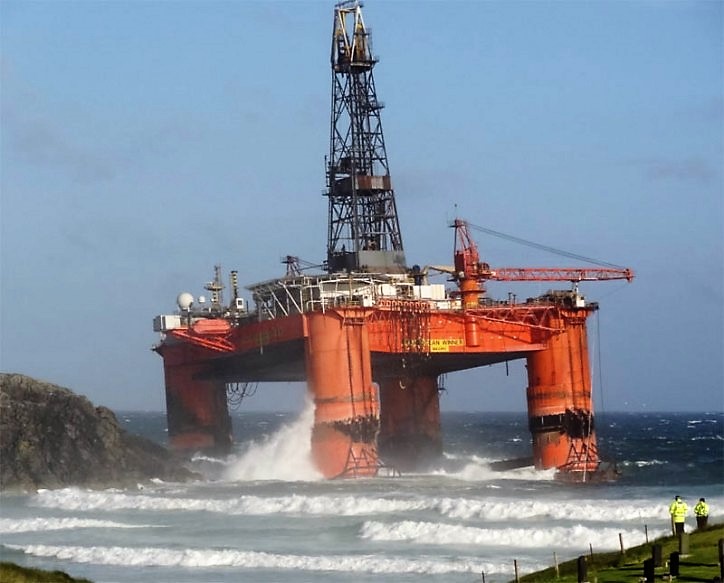 Stornoway Coastguard said there were no personnel on board the rig and there was no risk to life. However, coastguard personnel have blocked access to the beach for health and safety reasons.
The Marine Accident Investigation Branch has begun an investigation into the incident.
The Maritime and Coastguard Agency (MCA) said it was monitoring for any pollution from the rig. The agency said Transocean Winner has 280 metric tonnes of diesel on board.

Scotland's Environment Secretary Roseanna Cunningham said key agencies were doing what was necessary to "ensure the rig is secured and to minimise any immediate safety or environmental risks".
A spokesman said: "Following the grounding of the semi-submersible drilling rig Transocean Winner on the Isle of Lewis, the Secretary of State's Representative (SOSREP) for Maritime Salvage and Intervention Hugh Shaw is now in discussions with the owners Transocean and the salvors.
"The Maritime and Coastguard Agency's counter pollution branch and the SOSREP have both been monitoring the situation since yesterday evening and the local authority, police and Marine Scotland have all been kept informed."

Salvage company Smit has been mobilised to deal with the incident, the MCA added.

SAN JUAN, Puerto Rico — Hundreds of people abandoned ship Wednesday morning after a ferry bound for the Dominican Republic caught fire off the coast of Puerto Rico.
The U.S. Coast Guard was alerted to the fire on the American Cruise Ferries' Caribbean Fantasy around 7:45 a.m. The ship was about two nautical miles north of San Juan Harbor and carried 512 passengers and crew members on-board, according to the Coast Guard.
Multiple local agencies also responded to the fire.
Police officer Aurelis Colon told the Associated Press the ship was safely docked in Puerto Rico by 9:45 a.m. Coast Guard officials said no injuries were reported.