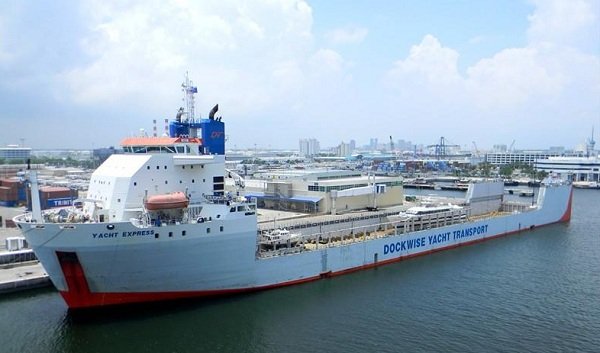 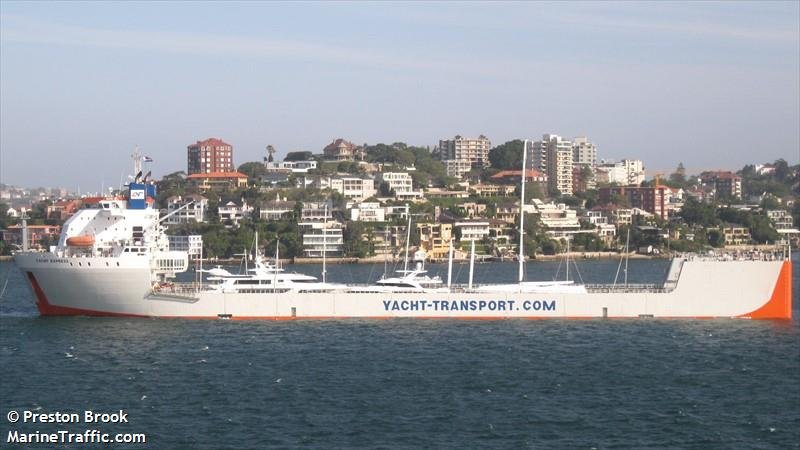 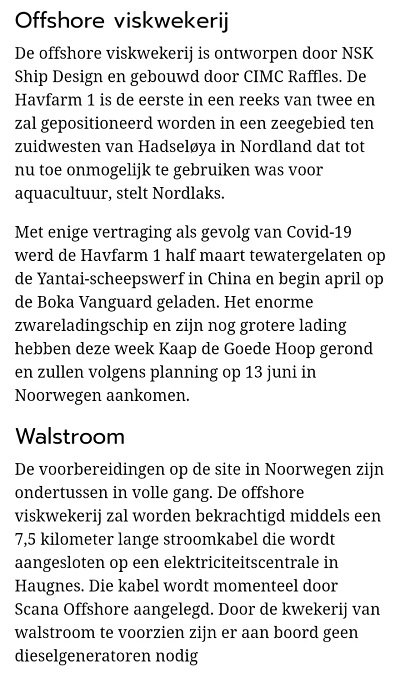 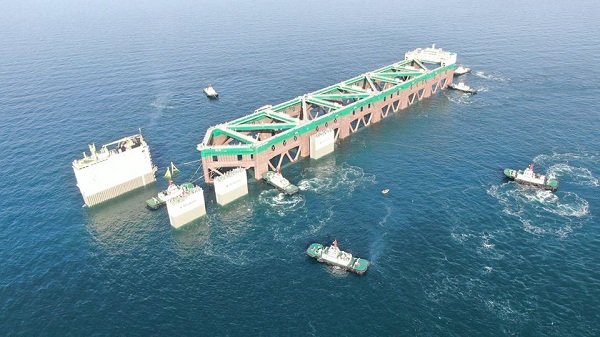 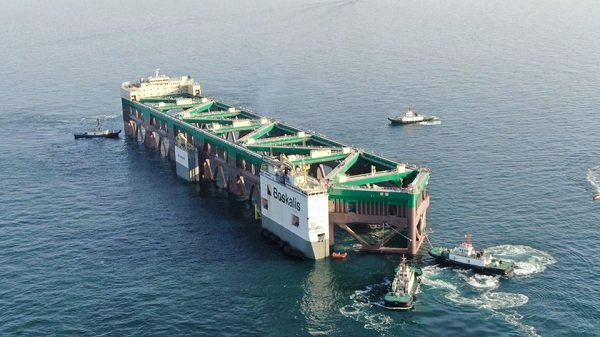 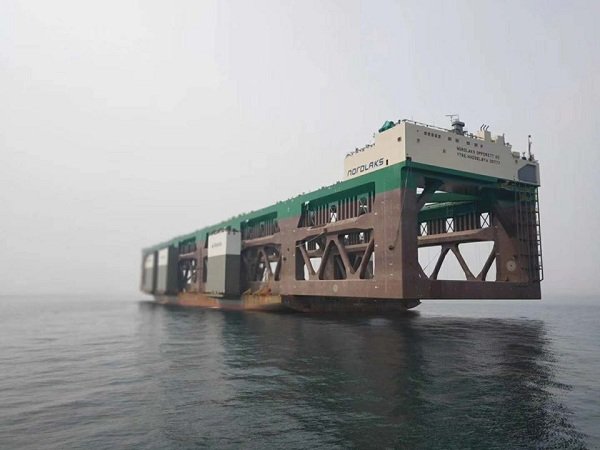 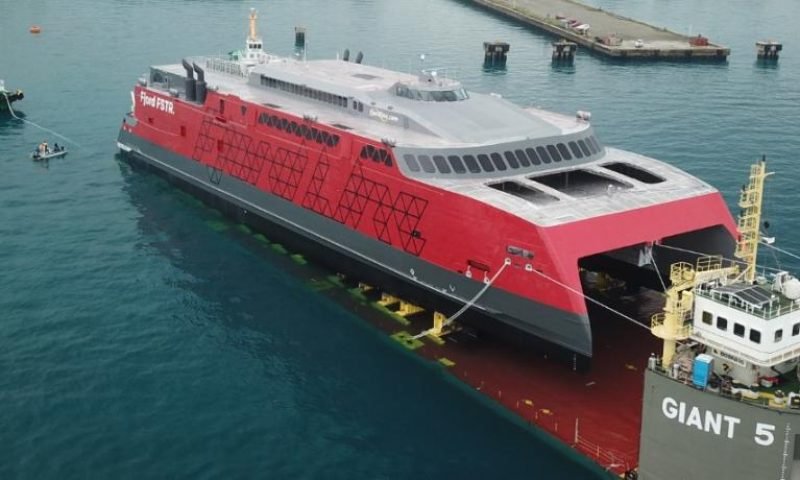 Mammoet was hired to help Austal Philippines carry out a full scope load-out and float-off of its largest ever high speed catamaran ferry. Mammoet’s vast knowledge of marine load-out operations allowed it to recommend cost-saving measures before the project had even been awarded.

During its conceptualization phase, Mammoet’s engineers proposed a revised methodology that reduced the volume of heavy lifting equipment required to complete the maneuver. With this, there was not a need to include a long list of equipment, including a class 330 transition barge, numerous ballast pumps and a tug for the transition barge. Therefore, both quantity of manpower and equipment were reduced. This streamlined the project as fewer transshipments were required before load-out of the 109m, 1,700t ferry could begin. 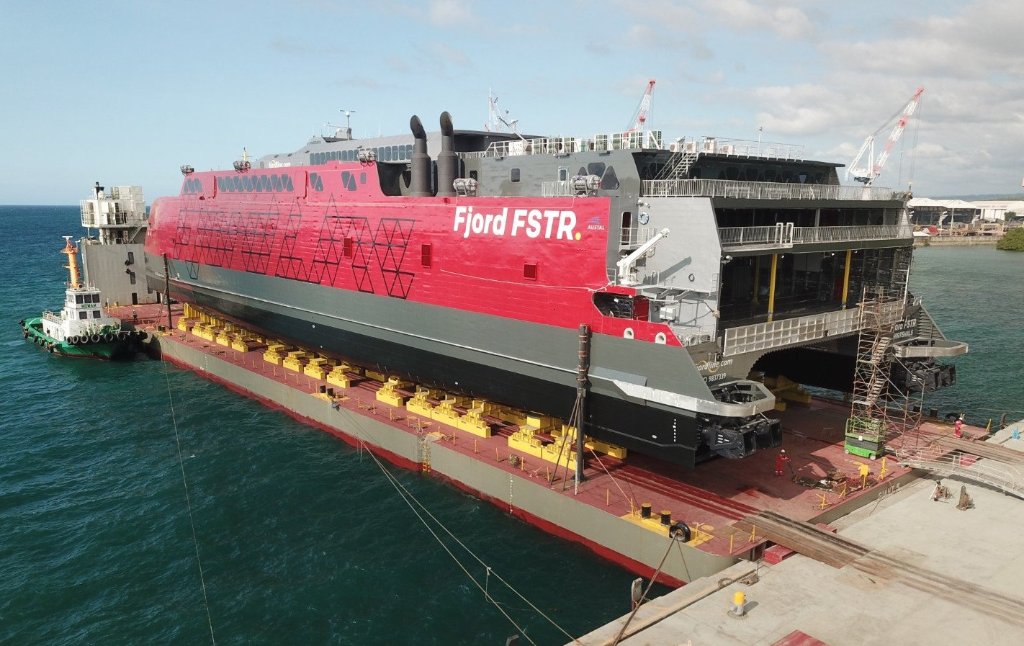 Mammoet’s scope included land and marine engineering, as well as procurement and construction. The ferry required transportation from its fabrication warehouse, across a quay and onto the flat deck of a semi-submersible ship.

Maneuvers on site commenced with the lifting of the ferry, which was performed using 108 axle-lines of Self-Propelled Modular Transporters (SPMT); chosen for their flexibility and ease of use. The ferry was fabricated on pre-positioned cradles, which then acted as the grillage during marine operations. Mammoet also ensured the barge was ballasted throughout this operation. This was done to make sure the barge deck remained level with the quayside as the loaded SPMT trailers maneuvered over the load-out linkspan bridge onto the barge. Once the ferry has been positioned at its the proper stowage location, dragline boards were replaced by a plate and hinge angles were cut to allow SPMTs to roll-off the semi-sub barge. Leveling and alignment checks were also done before the ferry was lowered completely. It was then transported approximately 172m from its original position to a stowage location.

For the float-off, Mammoet had proposed that a third-party semi-submersible vessel with an open deck should be used to accommodate the size of the entire catamaran ferry. This was chosen to making sure the ferry is always stable by having a grounding location to prevent premature floating while keeping watch for a suitable window period for float-off which was tide and weather dependent. All in all, the team performed a 24-hour operation involving pull-only towing, mooring and berthing operations.

Mitch Barnett, Project Manager of Austal Philippines shared, “Despite time constraints leading up to the operation, Mammoet remained committed to developing solutions for the launch of our catamaran ferry “FSTR” for Fjordline of Norway, which is the largest aluminium vessel ever launched in the Philippines – and the largest (by volume) ever constructed by Austal worldwide, to date.”

Once complete, the ferry will be able to transport 1,200 passengers at up to 40 knots. It will be able to accommodate up to 404 cars across its two decks with a beam of 30.5m – making it the largest vehicle-carrying capacity Austal has constructed to date. 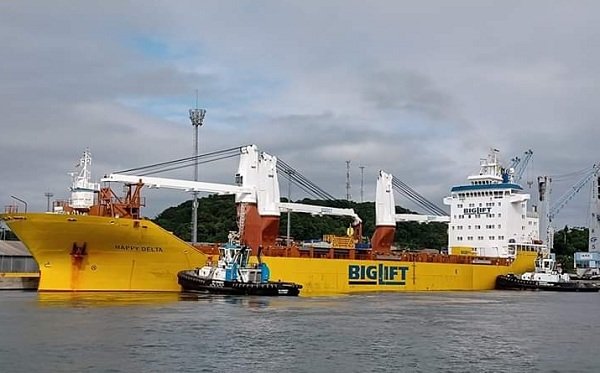 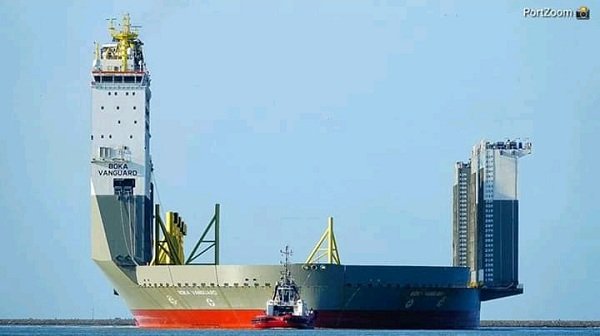 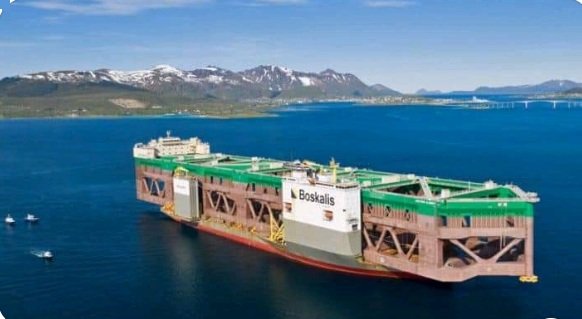