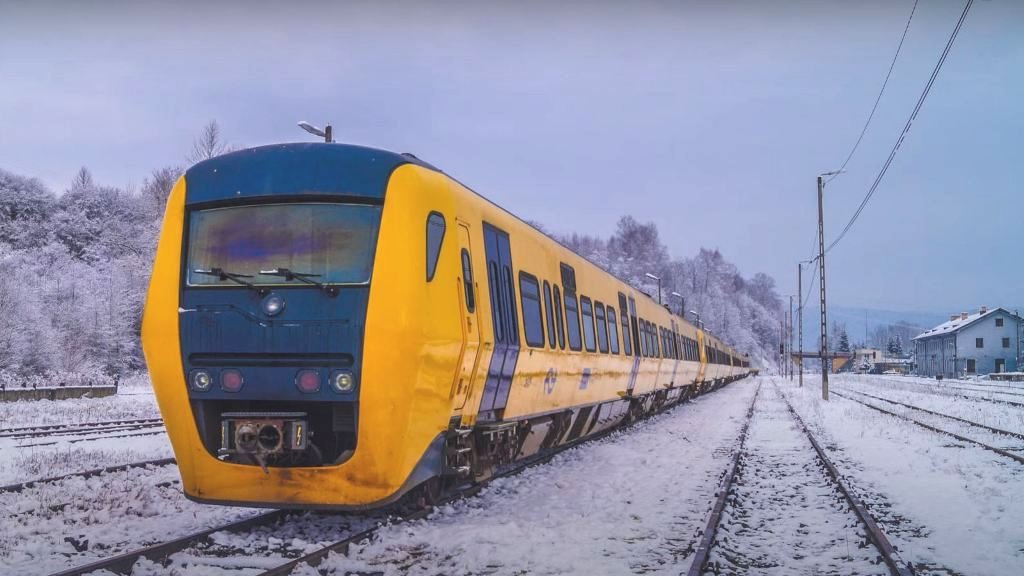 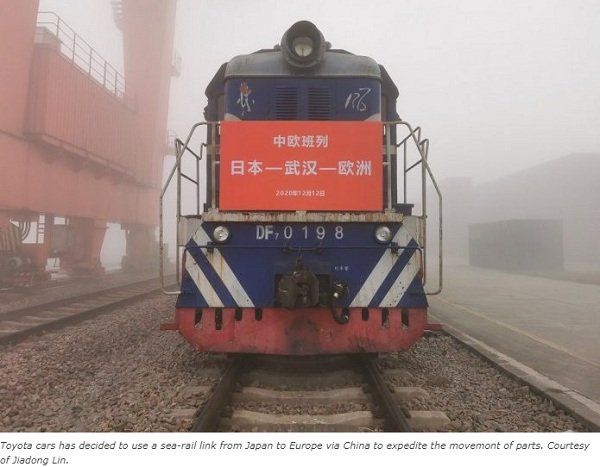 China Rail has opened a container sea-rail route from Japan's Nagoya port to Europe, via Wuhan, China.
The service began on 2 December 2020, with some completely knocked-down parts from Toyota Motors' Nagoya headquarters being shipped to Wuhan's Yangluo port.
The containers arrived in Yangluo on 8 December, and the following day, were taken to the railway station.

On 11 December, the freight train departed from the Wujiashan Station of China Rail's Hanxi depot in Wuhan, transcending the fog and heading west, expecting to arrive in Duisburg, Germany, on 28 December. There, the containers will be trucked to Toyota's plant in Kolin, Czech Republic.
Compared with full ocean-going transport, which requires at least 45 days, the Japan-Wuhan-Europe intermodal transport takes just 22 days.

Chinese state-owned logistics group Sinotrans, which arranged the trip, said that the time taken could have been shorter. However, extra time was factored in as the trip is a trial run, said Sinotrans' Hubei branch general manager, Tao Baoxuan.
Tao said, "Ships can only leave the port when they're fully loaded, and the containers, passing through the Straits of Malacca, the Indian Ocean, the Mediterranean Sea and the Suez Canal, arriving at Antwerp port in Belgium, and then being trucked to the Czech Republic, will take around 45 days. Nowadays, it's more convenient to transport goods with the China-Europe express rail service."

The shipping service between Wuhan and Japan that was launched in May will be connected to the China-Europe rail service to build a new logistics link, emphasising better timeliness and stability.

The new service connects Japan, Wuhan, Central Asia and eastern Europe, building economic and trade cooperation between the countries on the Belt and Road initiative.
Omhoog