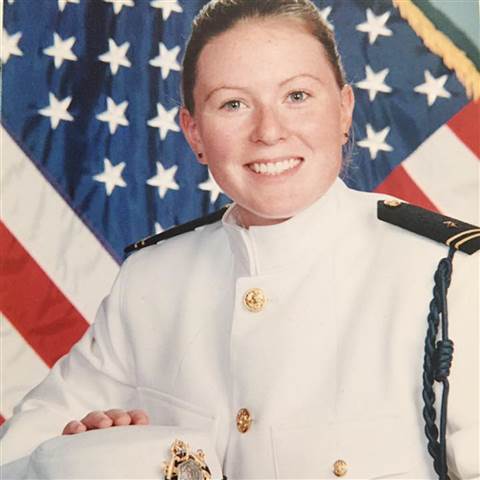 The Jones Act has a specific effect upon noncontiguous parts of the US, such as Puerto Rico, Hawaii, Alaska, and Guam as it prevents foreign-flagged ships from carrying cargo between the mainland and these locations.[10] Foreign ships inbound with goods cannot stop any of these four locations, offload goods, load mainland-bound goods, and continue to U.S. mainland ports. Instead, they must proceed directly to U.S. mainland ports, where distributors break bulk and then send goods to US places off the mainland by U.S.-flagged ships.[10] There are, of course, ways to circumgo the Jones Act by making a stop in a foreign country between two US ports, ie. Hawaii/Alaska-Vancouver-Seattle.

22 January 2015
Washington, D.C. ­– U.S. Senator John McCain (R-AZ) today delivered the following remarks on the Senate floor regarding his amendment to repeal the Merchant Marine Act of 1920, also known as the Jones Act:

“Mr. President, I come to the floor today to discuss an amendment I have filed to the pending legislation. This is an amendment to modify the Jones Act, an archaic 1920s-era law that hinders free trade, stifles the economy and hurts consumers – largely for the benefit of labor unions. Specifically, my amendment would effectively repeal a law that prevents U.S. shippers from purchasing, or otherwise affordably procuring the services of, vessels built outside the United States for use in American waters.

“From time to time, here in Congress we find that legislation still remains on the books many decades after it has served its original, stated purpose – if it ever had one. I think one of the best examples of this is a law called the Jones Act.

“As many of you know, the Jones Act is simply a continuation of laws passed through U.S. history addressing cabotage (or port-to-port coastal shipping). Those laws have been used to protect U.S. domestic shipping, dating back to the very first session of Congress.

“The Jones Act may have had some rationale back in the 1920s when it was enacted. But today, it serves only to raise shipping costs, making U.S. farmers and businesses less competitive in the global marketplace and increasing costs for American consumers.

“According to a 2002 U.S. International Trade Commission economic study, repealing the Jones Act would lower shipping costs by about 22 percent. The Commission also found that repealing the Jones Act would have an annual positive welfare effect of $656 million on the overall U.S. economy. Since these decade-old studies are the most recent statistics available, imagine the impact that Jones Act repeal would have today: far more than a $656 million annual positive welfare impact – likely closer to $1 billion, truly stimulating our economy in the midst of an anemic economic recovery.

“The requirement that U.S. shippers must purchase vessels in the United States comes at a tremendous cost that is passed onto U.S. consumers. For example:

“Just recently, U.S. container-line Matson placed a $418 million order for two 3,600 twenty-foot equivalent unit (T.E.U.) containerships in a U.S. shipyard. The high price of $209 million per vessel reflects that the ships will be carrying goods within the U.S. and, therefore, governed by the protectionist Jones Act.

“The fact is that Matson’s order at $209 million per ship is more than five times more expensive than those same ships were procured outside the United States. Ships of that size built outside the U.S. would cost closer to $40 million each. For comparison, even Maersk Line’s far larger 18,270 T.E.U. ships cost millions less, at an average of $185 million apiece.

“Further, the U.S. Maritime Administration (MARAD) has found that the cost to operate U.S. flag vessels – at $22,000 per day – is about 2.7 times higher than foreign-flag vessels – just $6,000 per day. A significant factor in these increased costs is obviously the Jones Act.

“There is no doubt that these inflated costs are eventually passed on to shipping customers. In the energy sector, for example, the price for moving crude oil from the Gulf Coast to the Northeastern United States on Jones Act tankers is $5 to $6 dollars per barrel, while moving it to eastern Canada on foreign-flag tankers is $2. That can mean an additional $1 million per tanker in shipping costs for oil producers. This increased cost is why, according the Congressional Research Service, more than twice as much Gulf Coast crude oil was shipped by water to Canada as was shipped to Northeastern U.S. refineries over the last year – all in an effort to avoid payingJones Act vessels shipping rates.

“The implications of this fact touches just about every American who buys gasoline. It is American consumers who pay exorbitantly higher prices because of a law that protects the shipbuilding industry and domestically-manufactured ships that transport crude and other refined products.

“But, it’s not just the energy sector that deals with the distorted effects of the Jones Act. Cattlemen in Hawaii that want to bring their cattle to the U.S. mainland market, for example, have actually resorted to flying the cattle on 747 jumbo jets to work around the restrictions of the Jones Act. Their only alternative is to ship the cattle to Canada because all livestock carriers in the world are foreign-owned.

“I am deeply concerned about the impact of any barrier to free trade. I believe U.S. trade barriers invite other countries to put up or retain their own barriers and that, at the end of the day, the U.S. consumer and the economy at-large pays the price.

“And yet, as clear as the benefits of free trade are, actually taking action to remove trade barriers and open markets can be almost impossible here in Congress. Special interests that have long and richly benefited from protectionism flex their muscles and issue doomsday warnings about the consequences of moving forward on free trade. And, judging from the hysterical reaction by some of the special interests to my simply filing this amendment, the debate over the Jones Act will be no different.

“Mr. President, the domestic shipbuilding requirement of the Jones Act is outdated and must to be abolished.

“If there was ever a law that has long ago outlived its usefulness – if it ever had any – it is the Jones Act. On the Jones Act, it is time to change course – today.”
Omhoog

You can count on me to support the Jones Act and the continued exclusion of maritime services in international trade agreements," Barack Obama promised in a letter to the Seafarers International Union when he was running for president in 2008.

Tote schreef:"(The captain's) plan was a sound plan that would've enabled him to clearly pass ahead of the storm" had the ship not suffered an engine failure, leaving it hamstrung in the path of the impending storm, Greene said.

“Not sure if you’ve been following the weather at all,” Randolph wrote in an e-mail to her mother on Thursday, “but there is a hurricane out here and we are heading straight into it.” Just hours after Randolph sent her e-mail, El Faro began to take on water and tilt to one side, according to TOTE Maritime. Then the ship’s communications suddenly went quiet. It hasn’t been heard from since.