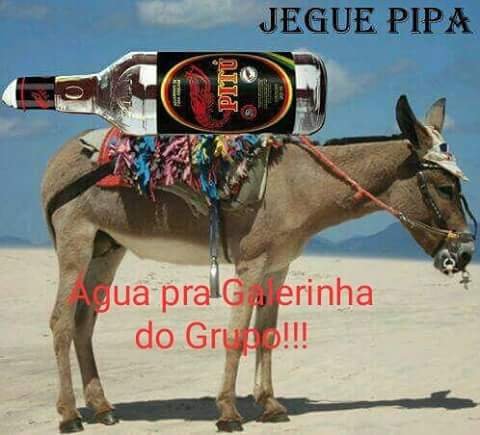 A blind cowboy wanders over to a bar stool and asks the bartender for a shot of Jack Daniels.

He sits there for a while, then calls out to the bartender,

At that point the entire bar falls deadly silent.

In a very deep, husky voice, the woman next to him says,

“Before you tell that joke, cowboy, I think it is only fair, given that you are blind, that you should know five things:


1. The bartender is a blonde girl with a baseball bat.

2. The bouncer is a blonde girl with a club.

4. The woman sitting next to me is blonde and a professional weight lifter.

5. The lady to your right is blonde and a professional wrestler.

Now, think about it seriously, cowboy.

Do you still wanna tell that blonde joke?”


The blind cowboy thinks for a second, shakes his head and mutters,

“No, not if I’m gonna have to explain it five times.”
een pessimist is een optimist met veel ervaring.
Omhoog 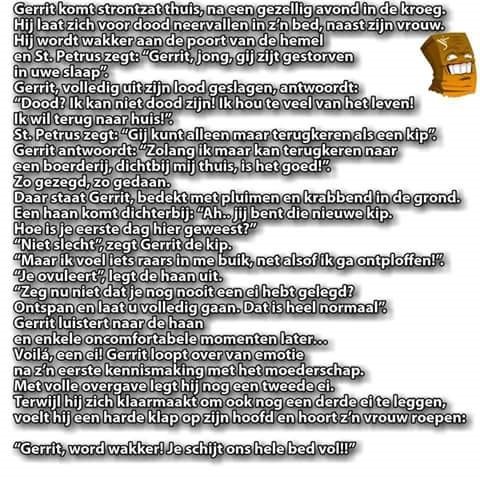 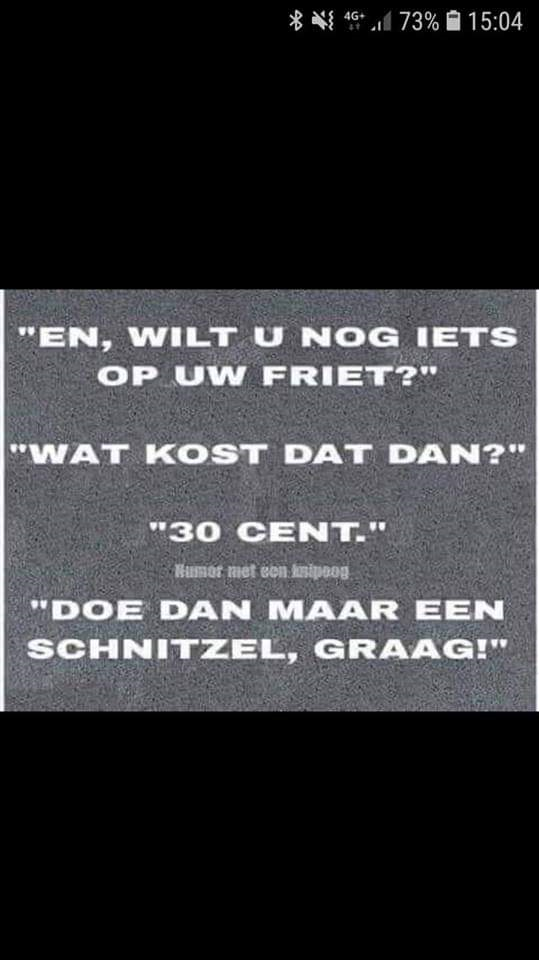 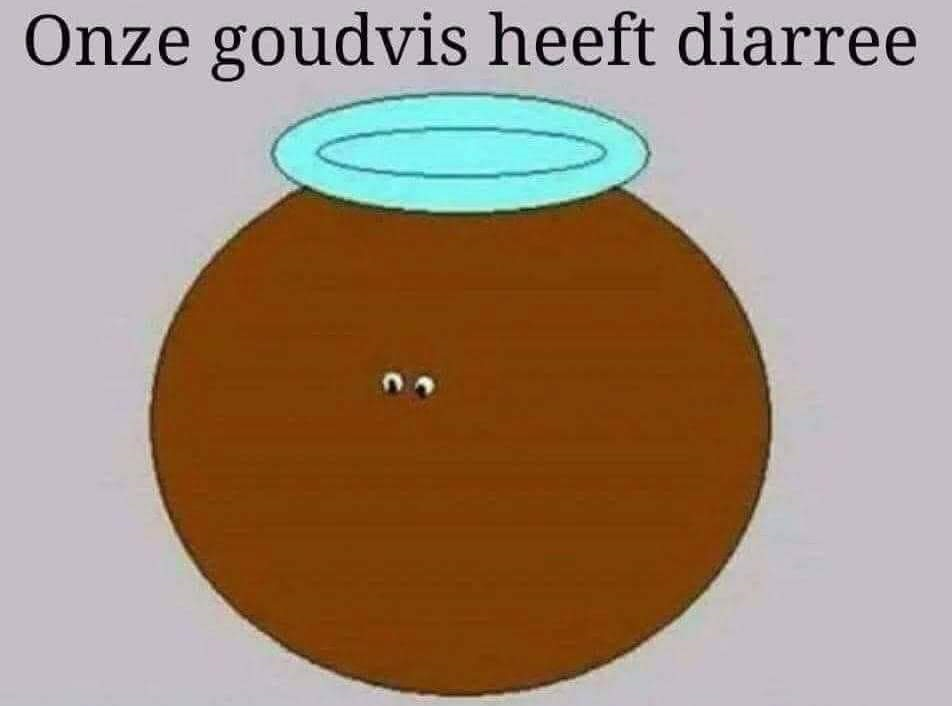 Would You Get Married Again ?


A husband and wife are sitting quietly in bed reading when the wife
looks over at him and asks the question ....

WIFE: "What would you do if I died? Would you get married again?"

WIFE: "Then why wouldn't you remarry?”

WIFE: "Would you live in our house?"

WIFE: "Would you sleep with her in our bed?"

HUSBAND: "Where else would we sleep?"

WIFE: "Would you let her drive my car?"

HUSBAND: "Probably, it is almost new."

WIFE: "Would you replace my pictures with hers?"

HUSBAND: "That would seem like the proper thing to do."

WIFE: "Would you give her my jewellery?"

WIFE: "Would you take her golfing with you"?

WIFE: "Would you let her use my clubs"? 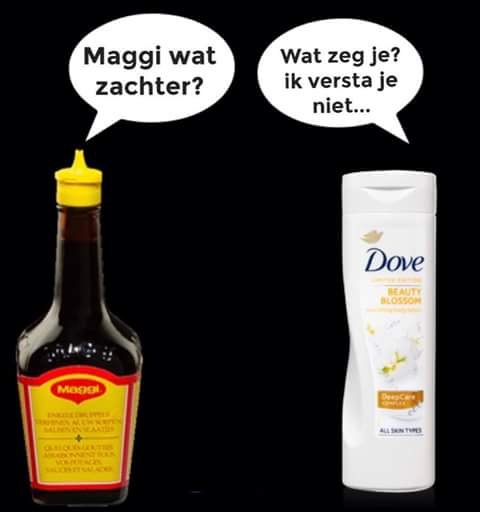 think I have learned something

SO YOU THINK YOU KNOW EVERYTHING???

A dime has 118 ridges around the edge.


A crocodile cannot stick out its tongue.


A dragonfly has a life span of 24 hours.


A goldfish has a memory span of three seconds.


A shark is the only fish that can blink with both eyes.


A snail can sleep for three years.


Almonds are a member of the peach family.


An ostrich's eye is bigger than its brain.


Babies are born without kneecaps. They don't appear until the child


Butterflies taste with their feet.


Cats have over one hundred vocal sounds. Dogs only have about 10.


"Dreamt" is the only English word that ends in the letters "MT".


February 1865 is the only month in recorded history not to have a full moon.


In the last 4,000 years, no new animals have been domesticated.


If the population of China walked past you, in single file, the line


would never end because of the rate of reproduction.


If you are an average American, in your whole life, you will spend


an average of 6 months waiting at red lights.


It's impossible to sneeze with your eyes open.


Maine is the only state whose name is just one syllable.


No word in the English language rhymes with month, orange, silver, or purple.


Our eyes are always the same size from birth, but our nose and


Peanuts are one of the ingredients of dynamite.


"lollipop" with your right.


The average person's left hand does 56% of the typing.


The cruise liner, QE2, moves only six inches for each gallon of


diesel that it burns.


a chocolate bar melted in his pocket. LOL


The sentence: "The quick brown fox jumps over the lazy dog" uses


every letter of the alphabet.


The winter of 1932 was so cold that Niagara Falls froze completely solid.


The words 'racecar,' 'kayak' and 'level' are the same whether they are read


left to right or right to left (palindromes).


There are 293 ways to make change for a dollar.


There are more chickens than people in the world.


There are only four words in the English language which end in "dous":


There are two words in the English language that have all five vowels in order:


There's no Betty Rubble in the Flintstones Chewables Vitamins.


on one row of the keyboard.


Winston Churchill was born in a ladies' room during a dance.


Women blink nearly twice as much as men.


Your stomach has to produce a new layer of mucus every two weeks;


Otherwise it will digest itself.

the quick brown fox jumps over the lazy dog